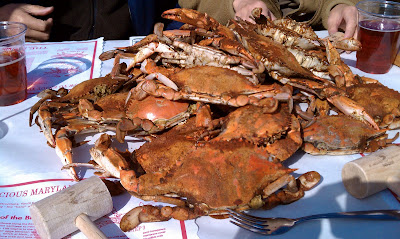 This is a pile of eighteen steamed Maryland blue crabs coated with Old Bay seasoning. Armed with a small knife, mallet, and my bare hands, I dove into the stack. For the uninitiated, and non-squeamish, this is a quick how-to guide to eating these crustaceans.
More... 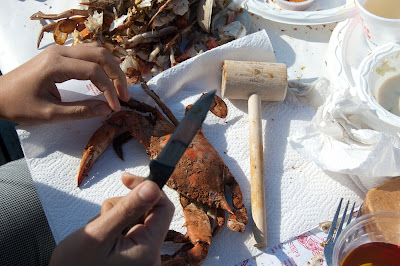 I grew up in the San Francisco Bay Area, tearing apart indigenous dungeness crabs. Those crabs are larger than the blue crabs and have much more meat in the legs. As a consequence of this training, I am fairly proficient at eating crab legs. But as you can tell from the picture, the legs on blue crabs have hardly anything worth salvaging beside what's in the claws.

Step One: Flip the Crab Over and Remove Apron 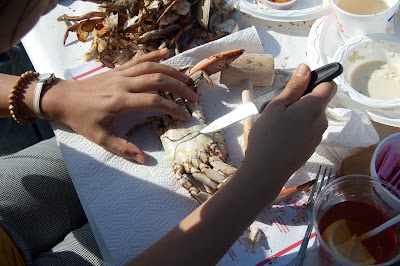 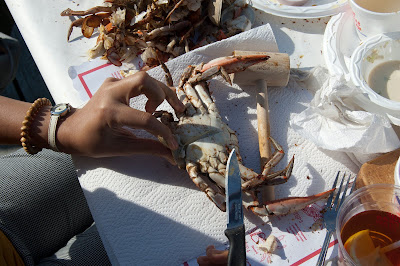 Insert the knife under the apron tab and pry it off. It should come off rather easily. This will then allow you to pry off the top shell, or carapace, from the back of the crab. 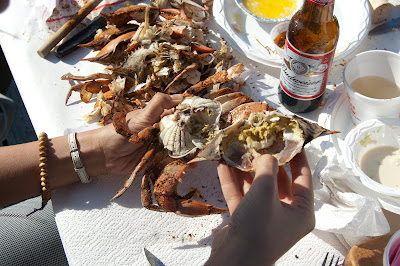 Usually even at a Chinese restaurant, which is not afraid to show you the ugly side of your food, the gills and some of the digestive track have been removed prior to serving. When I was a kid, I had seen my grandmother pry off the shell of a living crab before in Taiwan, so this scene wasn't as unnerving as the one I'd seen before. There is some cultural conflict as to whether you can eat the yellow digestive tract of the crab. Many Asians would gladly eat this, especially over rice. In Maryland, it is commonly removed. It has a bitter taste, though it is intensely "crab-like." What people can agree on however, is removing the white finger-like gills on either side. 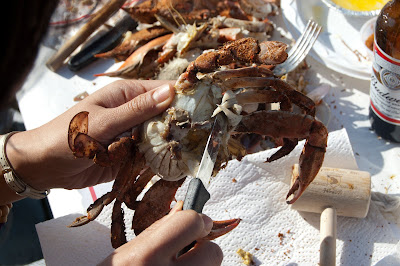 Step Three: Crack Open the Membrane and Pick out the Meat 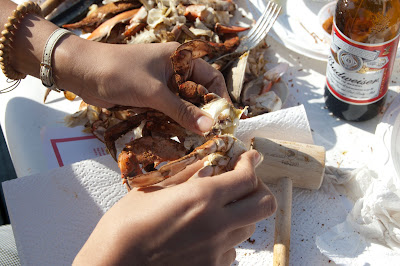 Split the crab in two to access the meat underneath the semi-transparent membrane. Also, rip off the legs for easier access. The largest leg with the claw can be cracked open with the mallet to access some kernels of crab meat. 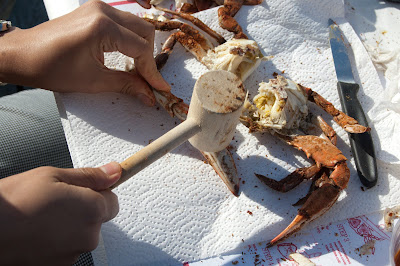 At this point the directions are rather free-form. My advice is to simply pick out anything that's white and soft and eat it. 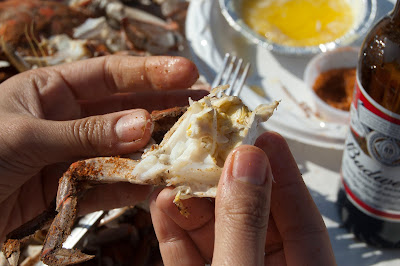 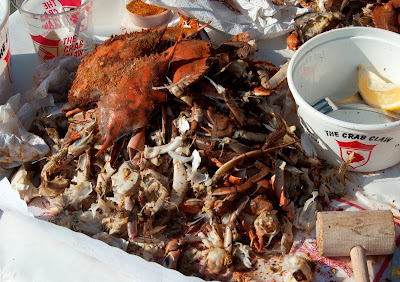 The carnage from six crabs

Maryland crab season is from March until November. I went to the Crab Claw Restaurant in St. Michael's on the Eastern shore of Chesapeake Bay. It is about four hours away from New York City. Wear clothes you don't mind getting dirty. The price of the crabs vary daily. When I went at the end of October, the crabs were $32/dozen. If you do go to the Crab Claw, the crab cakes are a rip-off at $18 each, even with a side. There are great crab cake sandwiches elsewhere for around $10. Lastly, thanks to my girlfriend for demonstrating crab dismemberment procedures. 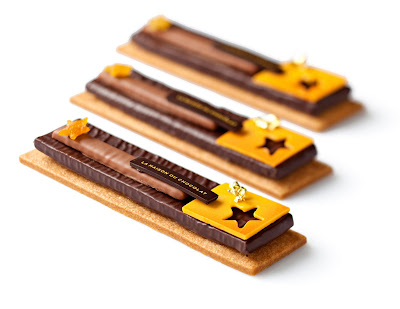 La Maison du Chocolat is celebrating its 20th anniversary of the first store opening in New York on Wednesday, November 3rd. At the La Nuit du Gâteau, or Night of Cake, all three of the New York stores will be premiering several of their pastries for a free public tasting.
More...
The tasting will be from 7pm to midnight at the flagship Madison Avenue boutique (Madison & 79th) and 7pm to 9pm at the Rockfeller (30 Rock) and Wall Street (Wall & Pearl). The event is open to all visitors and the highlights will be the chocolate tarts, macarons and ice-cream, along with exclusive treats for the event. The above pictured sTARTlette is a "crunchy sablé enrobed with ganache infused with ginger, passion fruit nectar and Sancho pepper" with what looks like a bit of gold leaf. 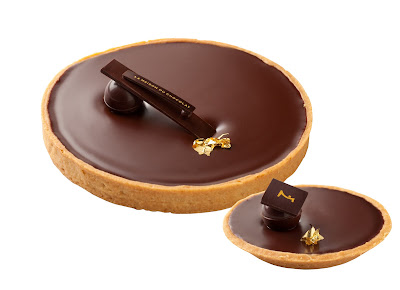 The Chocolate Tart is also making an appearance. A combination of dark chocolate ganache and natural vanilla, I can tell you from personal experience that it is absolutely delectable. 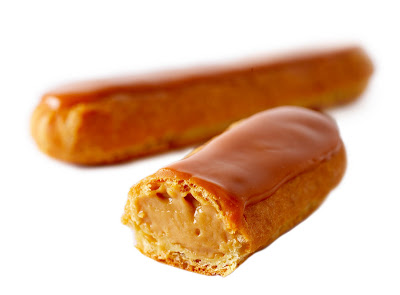 One of the big pastry premiers will be the classic eclairs, which will be available regularly in the New York stores. Though this is primarily a chocolate shop, the caramel eclairs made on sight have an amazingly delicate caramel cream that will make you smile without weighing you down. Also available are chocolate fillings and possibly coffee for La Nuit du Gâteau. 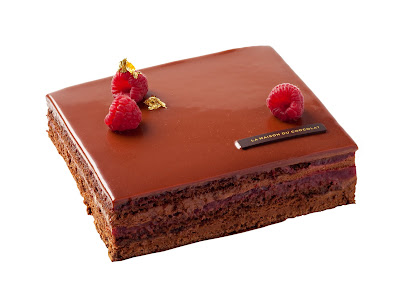 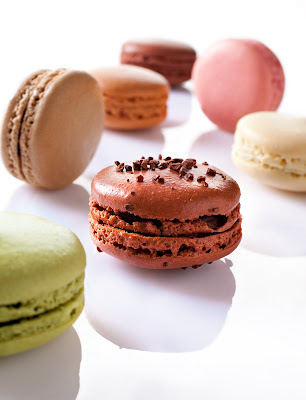 Don't miss the Salvador cake made of chocolate and raspberries or the omnipresent macarons filled with the signature ganache and in a wide variety of flavors.

I previously raved about my last experience at a La Maison du Chocolat tasting. I've also previewed some of the aforementioned pastries a few weeks ago. I'll certainly be making it back to their public tasting. This will be a great event if you already love their products, but also a good introduction if you've never had first-class chocolate before. If their Paris celebration back in July is any indication, expect long lines and big crowds. 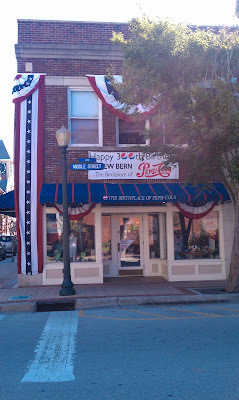 No, I did not go down to the little town of New Bern, North Carolina just to visit the birthplace of Pepsi. I was actually in town for a wedding, but figured it would be a great opportunity to explore the local historical landmark.
More...
Coincidentally, my flight to the tiny airport was out of Atlanta's Hartfield-Jackson Airport. Atlanta is the home of Coca-Cola; I had a great time there when I visited in 1996. The museum and Coke displays were only topped by the bountiful samples of Coke products from all over the world. I also heard that the museum was recently renovated. I highly recommend a visit if you're in Atlanta. 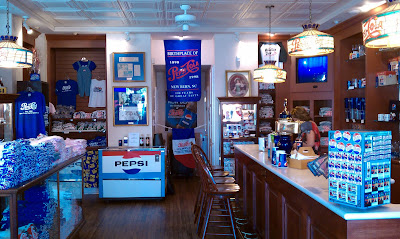 Unlike it's rival, PepsiCo moved out of its hometown and set up shop in the small town of New York City. The remnants of its history in New Bern stay true to the mainstreet feel of the town. The one room Pepsi "museum" is mostly a store selling pro-Pepsi merchandise and a drug store counter with a fountain selling $.50 Pepsi and Mountain Dew. 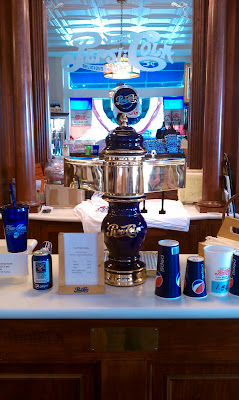 Besides a placard on the wall and a book detailing the history of the soda and the company, there wasn't much else. A looping track played the 90s Joy of Cola jingle in the background. I sat at the counter and perused the store copy of the history book while chatting with Connie, the friendly Pepsi clerk. Like Coke, Pepsi was invented by an entrepreneurial druggist Caleb Bradham and originally named Brad's Drink. After some remarketing, possibly a combination of pepsin and kola, the product took off.

Though there wasn't much else to do in the store, I left content, reflecting that this huge global brand really did start in such humble beginnings.


*Full disclosure: in a Pepsi Challenge, I'd still pick Coke.