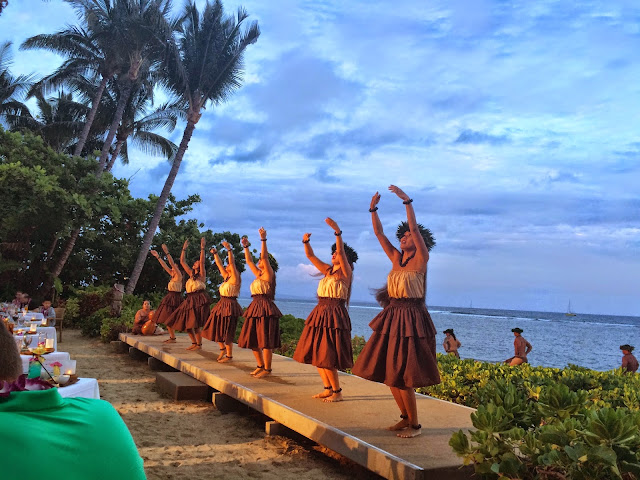 While I can't speak to the authenticity for native Hawaiians of any of the luaus on Maui, I can say that the luau has become a tradition for Hawaiian tourists. As with all such tourist traps, no matter how noble the origins, luaus have generally become more like Medieval Times--entertainment for kids while the parents get too drunk on watered-down piña coladas--rather than anywhere an adult would actually want to be. 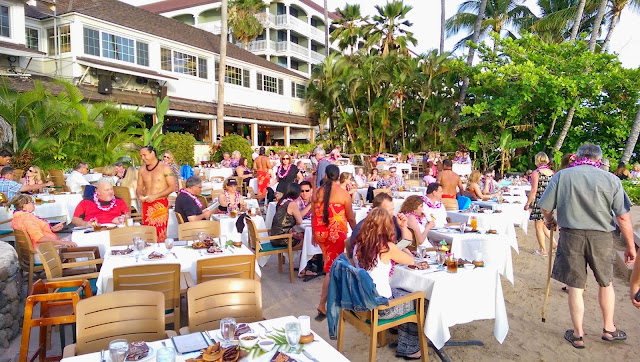 Because of these pitfalls, I relished that I had no children to amuse or their picky appetites to satiate. For my luau experience, I traded picnic tables for private white tablecloths, a buffet for sixteen courses, and arts and crafts demonstrations for live music. The Feast at Lele in Lahaina is about 20-40% more expensive than the other luaus on Maui. Its focus on fine food, highlighting dishes from the four regions of Hawaii, New Zealand, Tahiti, and Samoa, with accompanying performances, catered to those who were tired of teriyaki chicken and poi served out of steam tables. There were few kids at this luau, and you could stay seated comfortably while the attentive and friendly waiters made sure that you had whatever luxury you needed. 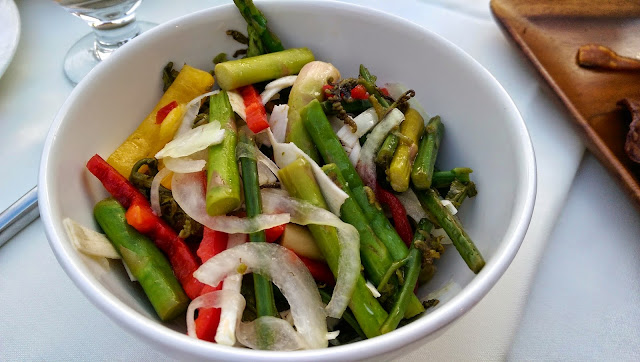 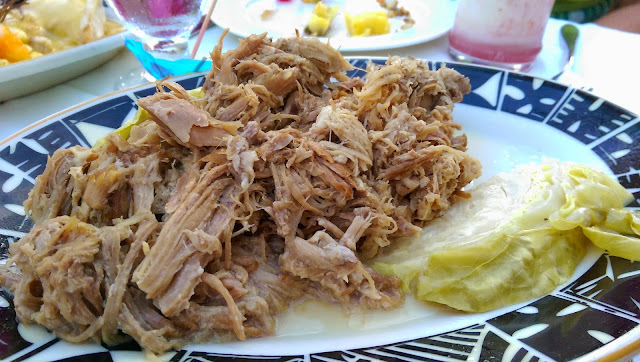 The dishes are divided into regional specialties highlighting four Polynesian areas. Pictured above are the famous locals, pohole salad and kalua pork. The pork was among the most succulent roast pig I've ever had, carnitas and barbecue pulled pork included. As the sun set, the dishes were too dark to photograph and I refused to intrude on the romantic atmosphere with flash photos. Among some of the other dishes were locally-caught coconut fish, baked scallops, passionfruit shrimp, grilled squid and duck salad. Much of the food may have been too exotic for all but the most adventurous or prodigious kids' palates. Almost all dishes had some sweet component, such as a fruit glaze or sauce. Yet nothing was overwhelmingly sweet. Each of the sixteen dishes could have stood on its own on a menu, far from the lukewarm concoctions spooned out of steel chafers. 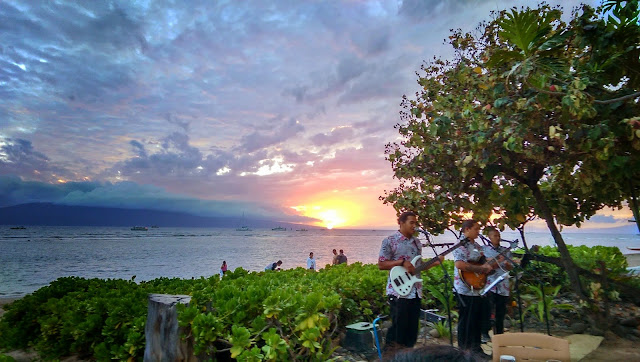 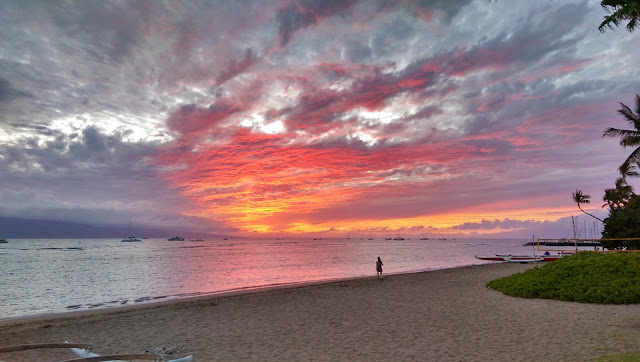 Gentle island tunes set the scene for an amazing sunset. Lahaina, on the west coast of Maui, receives very little rain so the outdoor venue was ideal. All the luaus start about an hour before sunset and are located to take advantage of the gorgeous oceanside views. I felt especially thankful that I could enjoy such a magnificent scene free from the scampering and noise of little children.

As required for any luau, there were hula and other Polynesian dances. The performances were increasingly energetic, culminating in a thrilling fire knife dance. By the time the fire dancer brought out the flaming torch, he had to allow enough clearance between the flames and the guests, who gave off alcoholic fumes from too many of the delicious tropical drinks.

As thankful as I was to be able to enjoy a luau the way I wanted, I recognize that Hawaii holds magic for everyone, whatever their circumstances. Luau, as feasts or parties, are family affairs at heart. Whether a big family vacation, a romantic getaway, or something in between, you can find your own aloha whatever you decide to do.

Make sure to book your tickets early. The Feast at Lele sells out early and never at a discount, which should indicate to you its popularity despite its premium price.