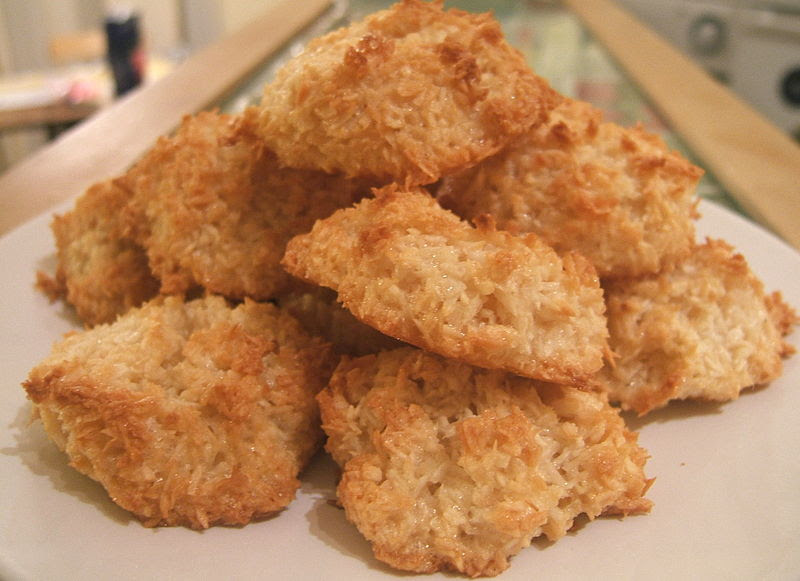 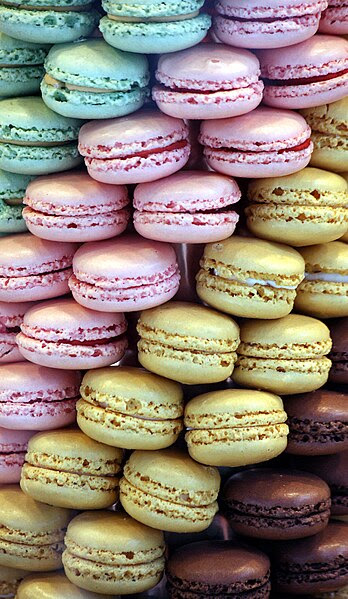 Normally I am not one to harp on my dining companions pronunciations of foreign foods. I say "bru'sket-ta" when eating at an osteria, but "brushetta" when eating at Applebees. For the most part, pronunciation is just a pretentious aspect of gastronomic culture that aggravates me the same way food fetishism does. However, I do make an exception when it comes to the popular pastries macarons because the mispronunciation or misidentification of these almond flour cookies as macaroons results in a completely different product.

More... I won't go into the rise of the popularity of macarons in this country. Suffice it to say, if someone's talking animatedly about a cookie, she's probably talking about a macaron. I don't think anyone gets excited about macaroons. Macarons are made with almond flour and powdered sugar and usually have a sandwiched filling of ganache or buttercream. Macaroons are more like small cakes or meringue cookies, typically coconut flavored in America.

Macarons are sexy and expensive, partly because of hype, partly because of the difficulty in preparation. Macaroons are what your grandmother buys in bulk at Costco (not to be confused with madeleines, which are sponge cakes). We've just been exposed to macaroons for so long, we're more familiar with them and I would guess that is why many people mistake the two. However, the proper pronunciation of macaron is something like "maka-ron" with a fancy French guttural r. Overexaggerate the pronunciation if you must, but don't feel like you're putting on airs because you don't want to sound too pompous. Otherwise, you might end up with the wrong pastry, a disaster of far greater proportions than the harm to your ego. Besides, you're idolizing a cookie; might as well jump in feet first and go full Francophile.


Photo credits: Jessica and Keven Law via Flickr ^
Posted by Aaron at 9:19 AM 11 comments: