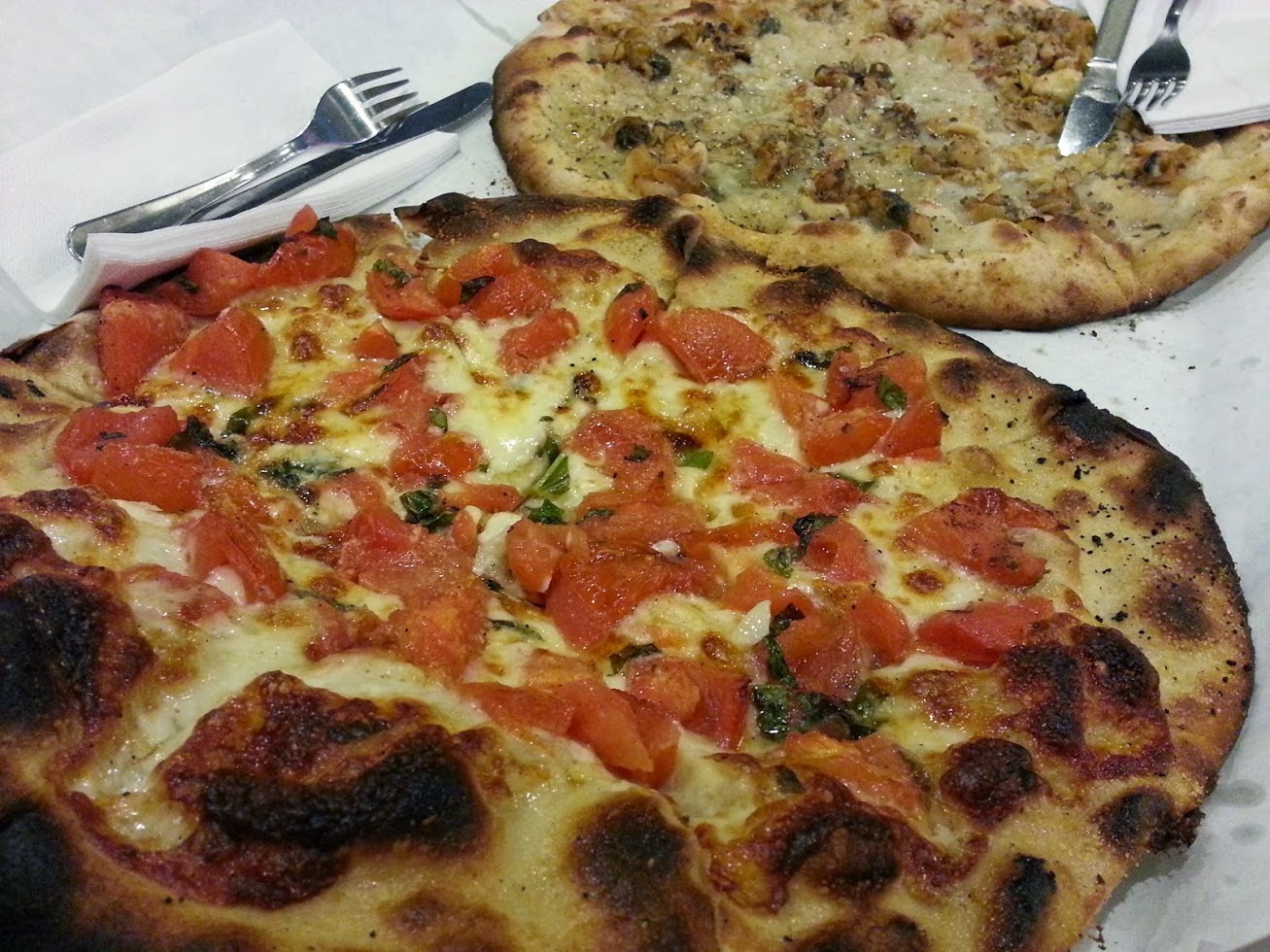 I was recently roped into a recruiting trip to Yale University in New Haven, Connecticut. Having never been, I did some research on the one distinctive aspect of New Haven cuisine that the area is renowned for--pizza, or "apizza" as it is sometimes referred to locally.

New Haven is home to the Big Three pizza joints. Sally's Apizza and Frank Pepe Pizza Napoletana (affectionately referred to as Pepe's) are within blocks of each other, not too far from Yale's campus. Modern Apizza is off on its own, but still close to school. My original plan was to taste test at least two of the Big Three, but Modern was under renovation and Sally's was closed on the days I was in town. Instead, I pivoted to a comparison between the oldest, Pepe's, and one of the new kids on the block, Bar. 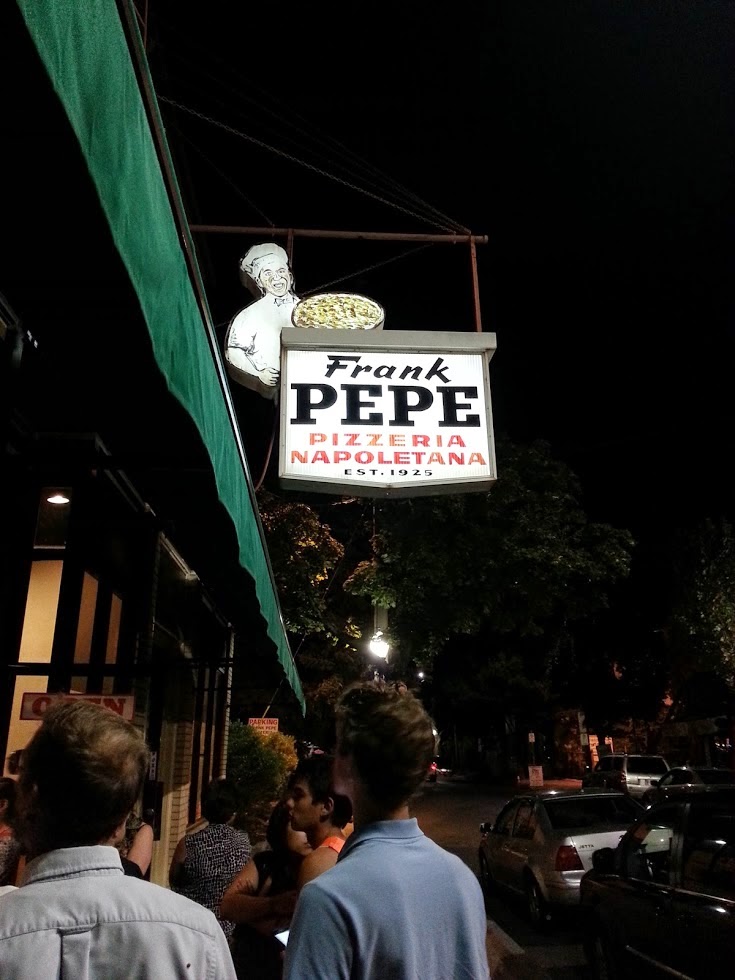 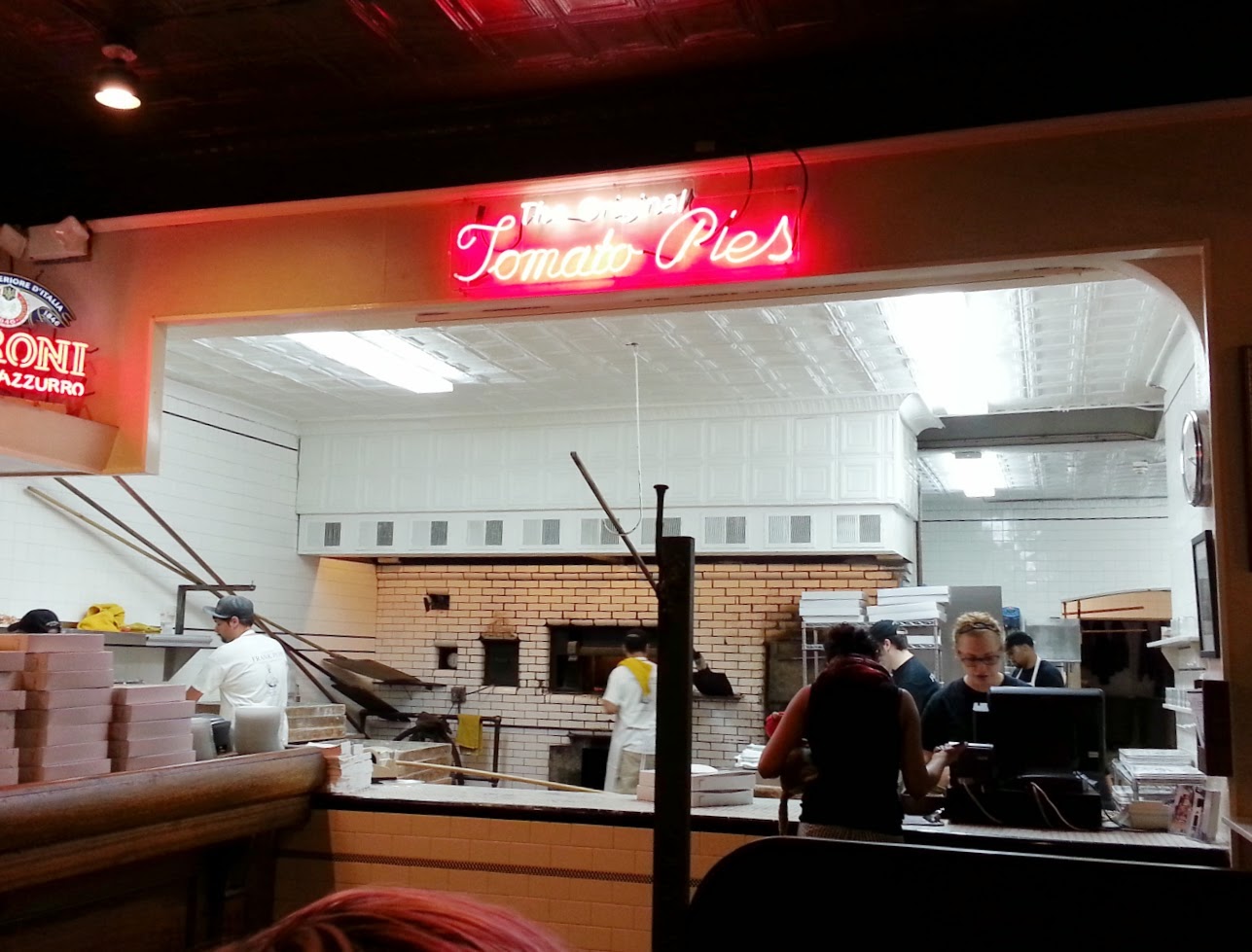 Even on a Monday night at 9:30 when school is out, there was still a line out the door at Pepe's. Perhaps because Sally's is closed on that day, the wait may have been longer than normal, but I imagine any weekend would bring huge crowds to the inventor of the white clam pizza. The brick coal oven is the most dominant presence in the restaurant. Staffed by cooks with enormously long pizza peels, the kitchen was white and looked a bit sterile. We ordered a forgettable beer and a Foxon Park White Birch Soda, another main draw. All of the Big Three serve this Connecticut soda. Think refreshing spearmint sarsaparilla. 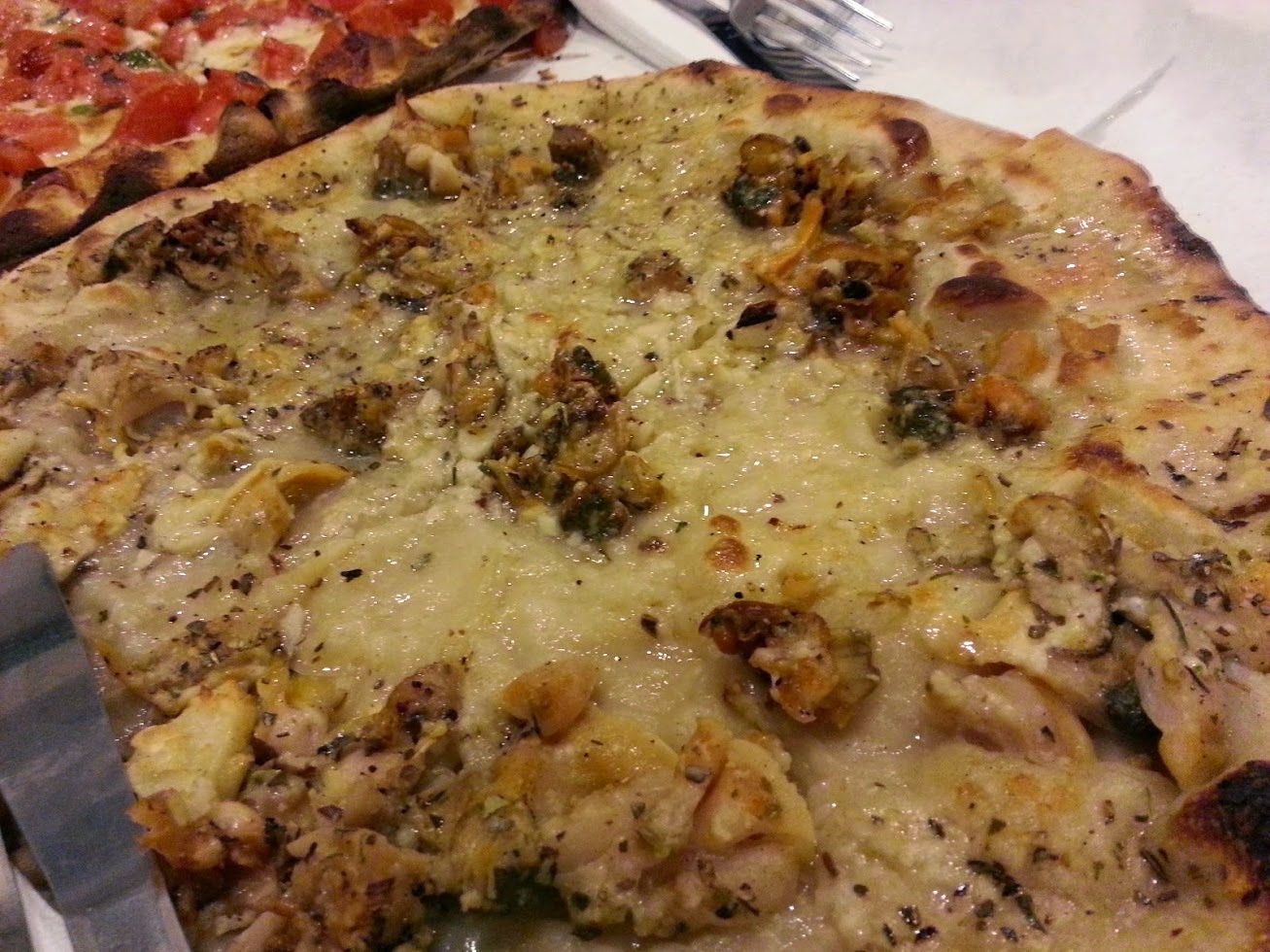 Of course we ordered the white clam pizza, a combination of romano cheese, littleneck clams, oregano and garlic. The clams were unfortunately a bit sparse for the $12 twelve-inch pizza. While solid, the clam pizza's flavor was almost completely dominated by garlic. My favorite aspect was actually the chewiness of the crust. In addition, we ordered the fresh tomato pie, a seasonal pizza topped with locally grown tomatoes. This tomatoes were deliciously sweet, a perfectly serviceable pizza. 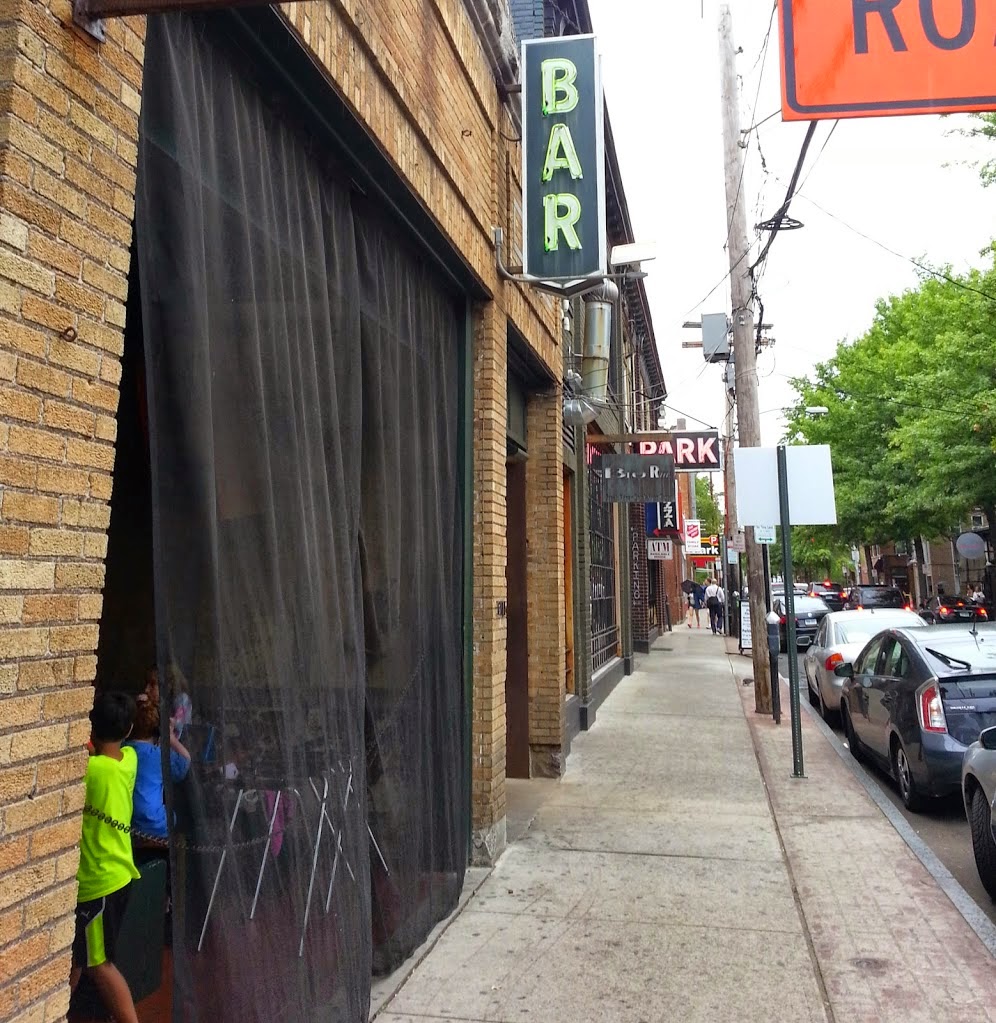 Even though I say "new," Bar has been open since 1996, which, in the restaurant business, is long enough to develop an impressive pedigree. But compared to the Big Three, from the 1920s and 1930s, Bar was the hip, youngster. Even though it is relatively new, Connecticut food writer Amy Kundrat thought to include it in her Definitive Guide to New Haven Pizza, which was good enough to bring here. 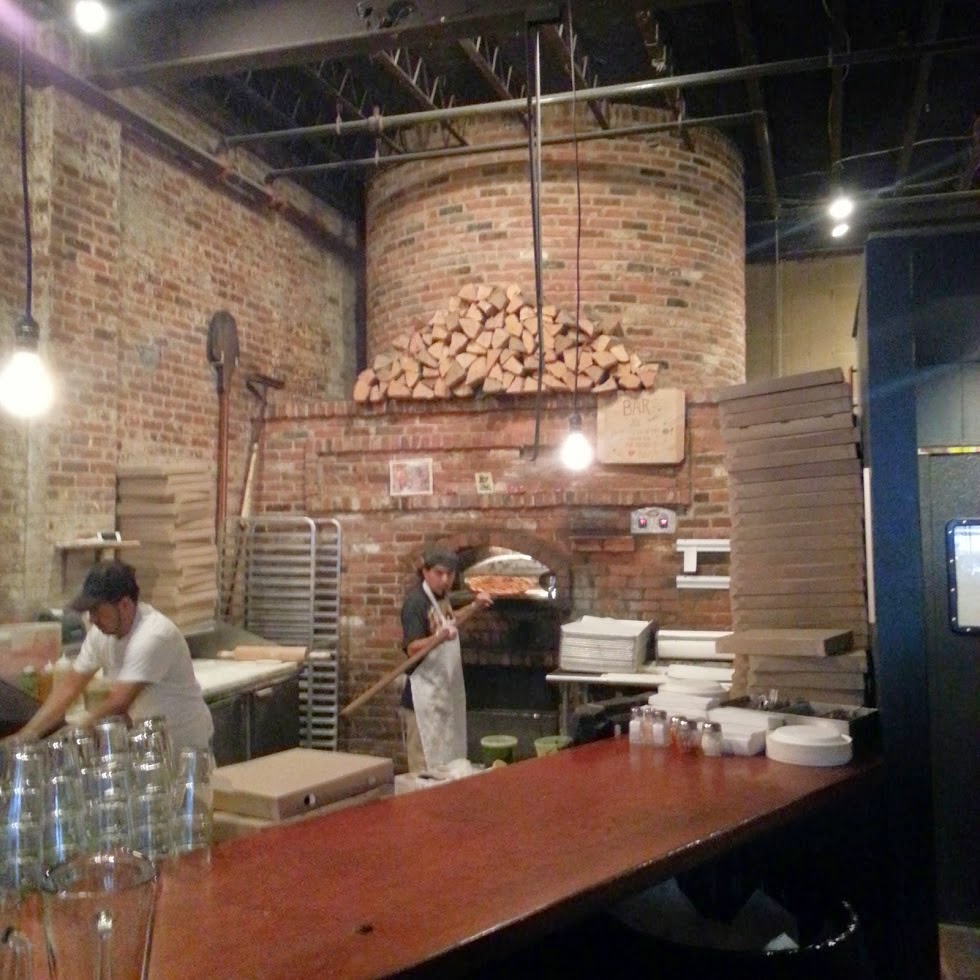 That stack of wood is just for show. This oven burns natural gas, unlike the coal and oil ovens of the Big Three. Unlike the other pizza places, Bar also brews its own beer and becomes a nightclub at night. The clientele are younger and probably the kind of people that the clientele at the Big Three complain about. Yet Bar doesn't detour too far from its main purpose. The only food on the menu is pizza and one salad. 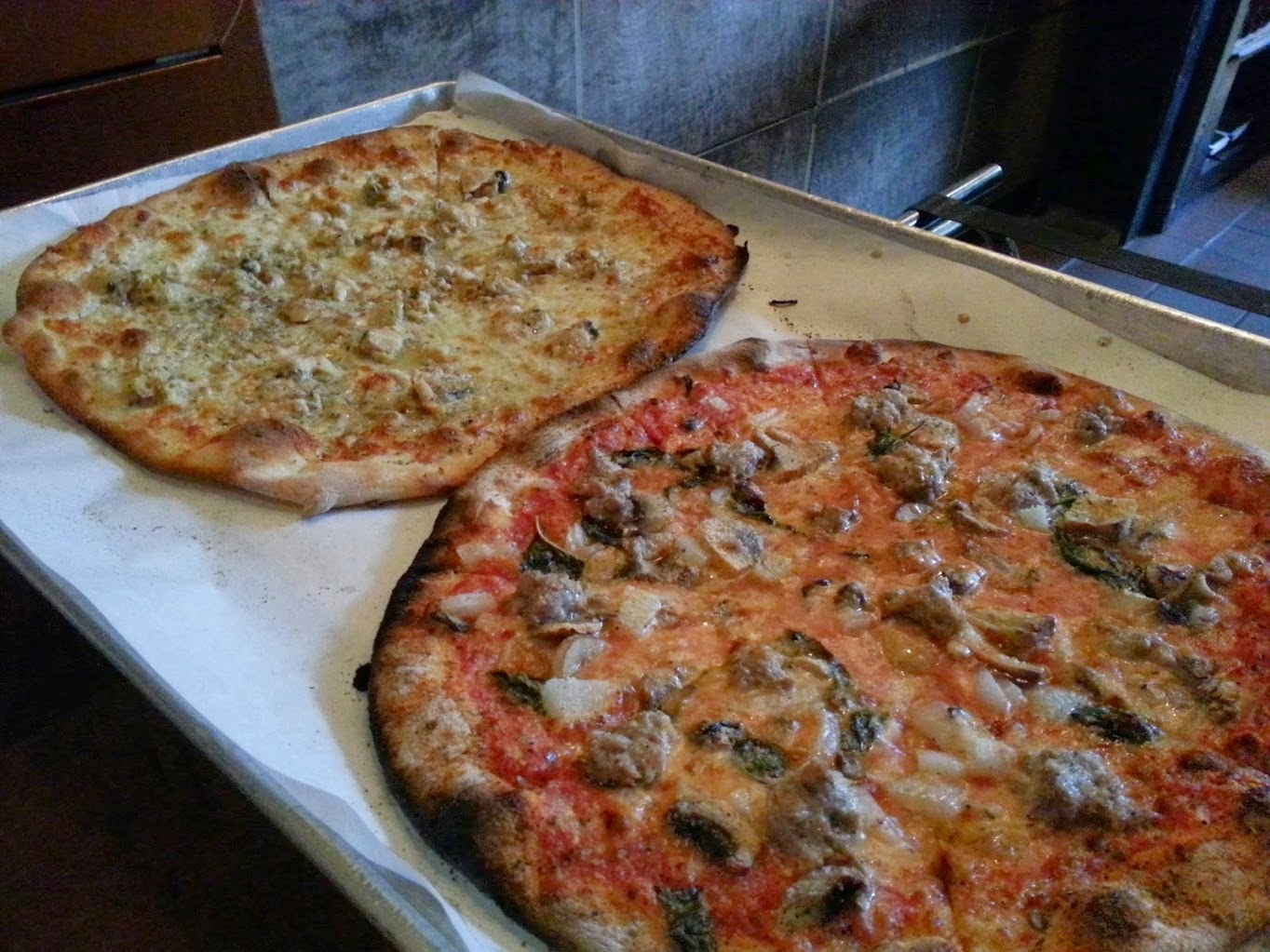 As a benchmark, we got the white clam pizza ($18.75). I was aware that Bar is famous for its mashed potatoes topping, but since it best accompanies a white pie and I couldn't stomach another white, I stuck with the white clam and ordered a red pizza with sausage, mushrooms and basil. While the ingredients in the clam pizza were essentially the same as the one from Pepe's, the key game-changer is that the clam pizza at Bar came with a wedge of lemon. The squeeze of citrus brought the seafood to life and cut through the grease and garlic. Stylewise, the pizza also featured an ultra thin crust, which could be a plus if you don't want to feel weighed down.


For me, Pepe's stood for the traditional. Little has changed over the years, though I believe Sally's has struck even closer to its roots. Bar, with its bare brick industrial styling, looked modern, and I daresay even more modern than Modern Apizza. Between Pepe's and Bar, I'd choose Bar, but I will say that Pepe's is worth a trip to get an idea of Bar's lineage. I suppose the true conclusion is to make sure you're in town long enough to eat at each of them.