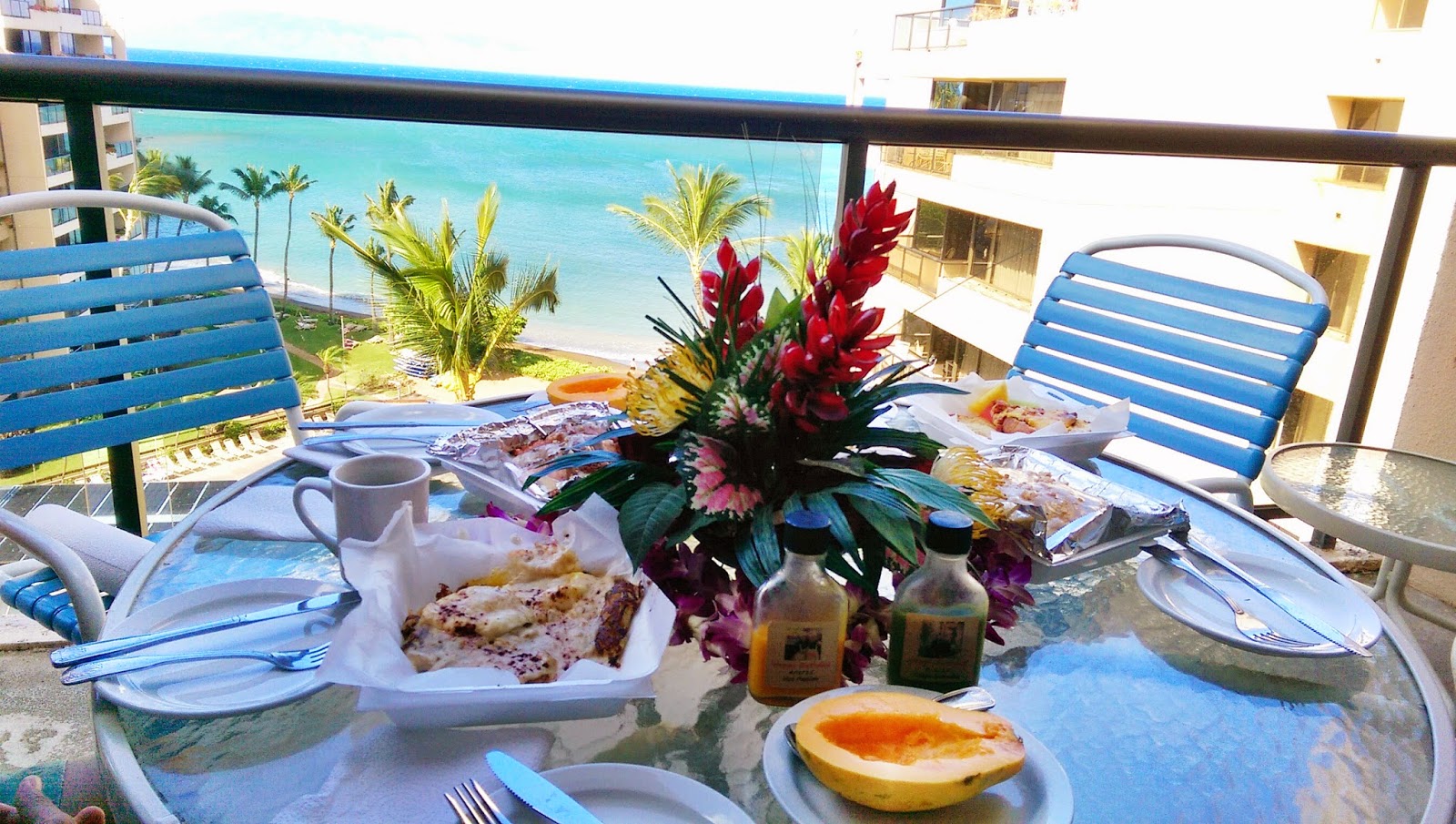 Don't let the name deter you. Yes, 808 Grindz Cafe sounds like the concession stand attached to a community-run skate park, but the breakfast surpasses anything you'd find on the mainland. Open only for breakfast and lunch, the restaurant is off the beaten tourist path. Nestled away from street view in an unassuming shopping center, nothing about the exterior of the restaurant would attract the skeptical traveler. Note that the photo above was taken from the balcony of my hotel, not the restaurant, the interior of which you'd find in any coffee shop in the country.

Time seems to run at a different pace in Hawaii. Here especially, the waitstaff were friendly and laid back, not at all perturbed by the three unbussed tables despite several waiting parties standing outside. Perhaps the slow service is a throwback, much like their website, decorated by spinning and sparkling gifs. More likely, those who run 808 Grindz simply know that this place survives on the strength of its food and word-of-mouth alone, even though this Lahaina location has only been open for less than a year. 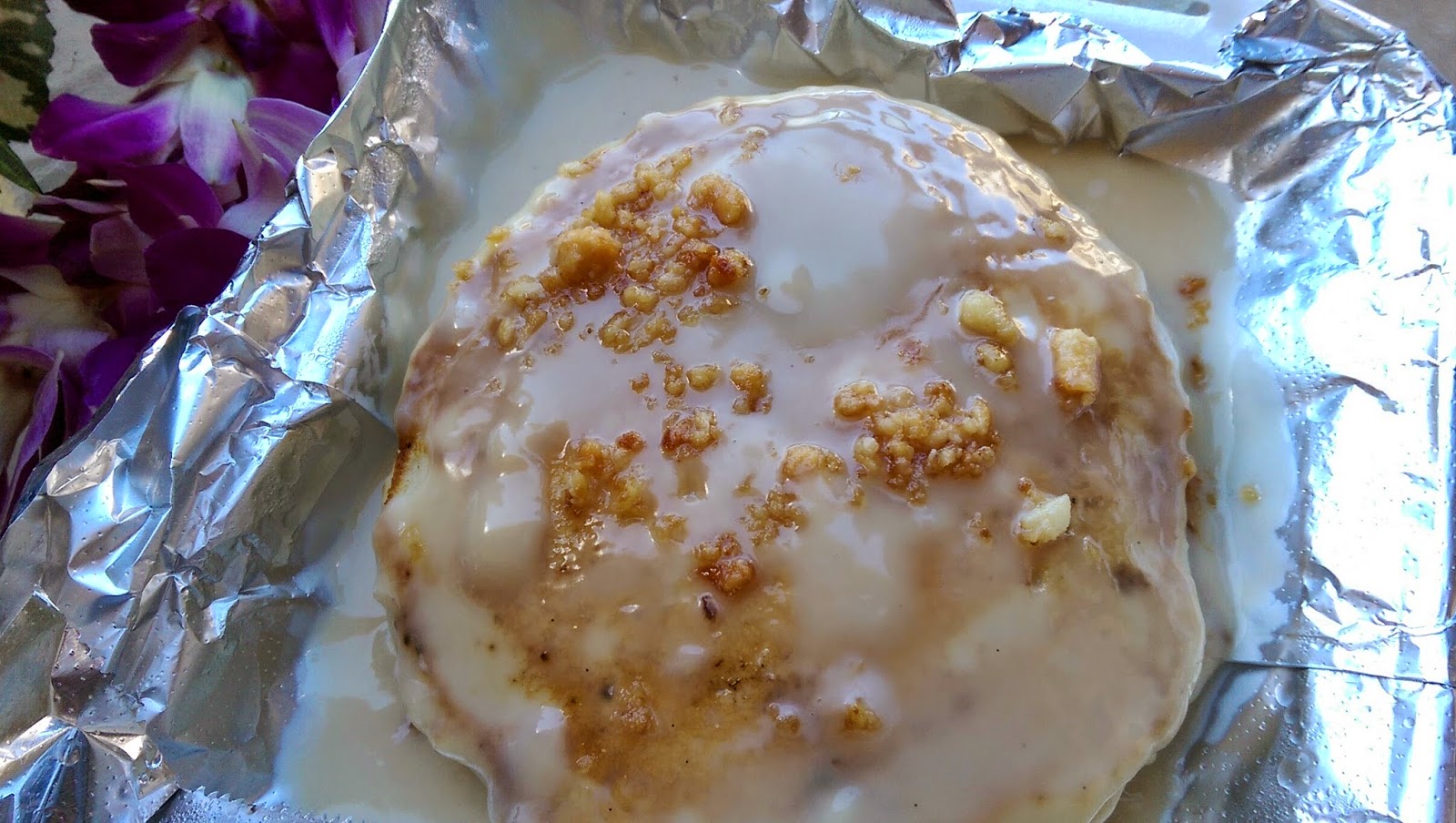 Come for the macadamia nut pancakes. Ask for the nuts in the pancakes and on top as well. Indulge in the sweet cream mac-nilla sauce. It isn't as cloying as you might expect. The pancakes are light and fluffy, even after sitting in a takeout container for close to half an hour before consumption. Get at least a full stack. You won't be able to get enough... 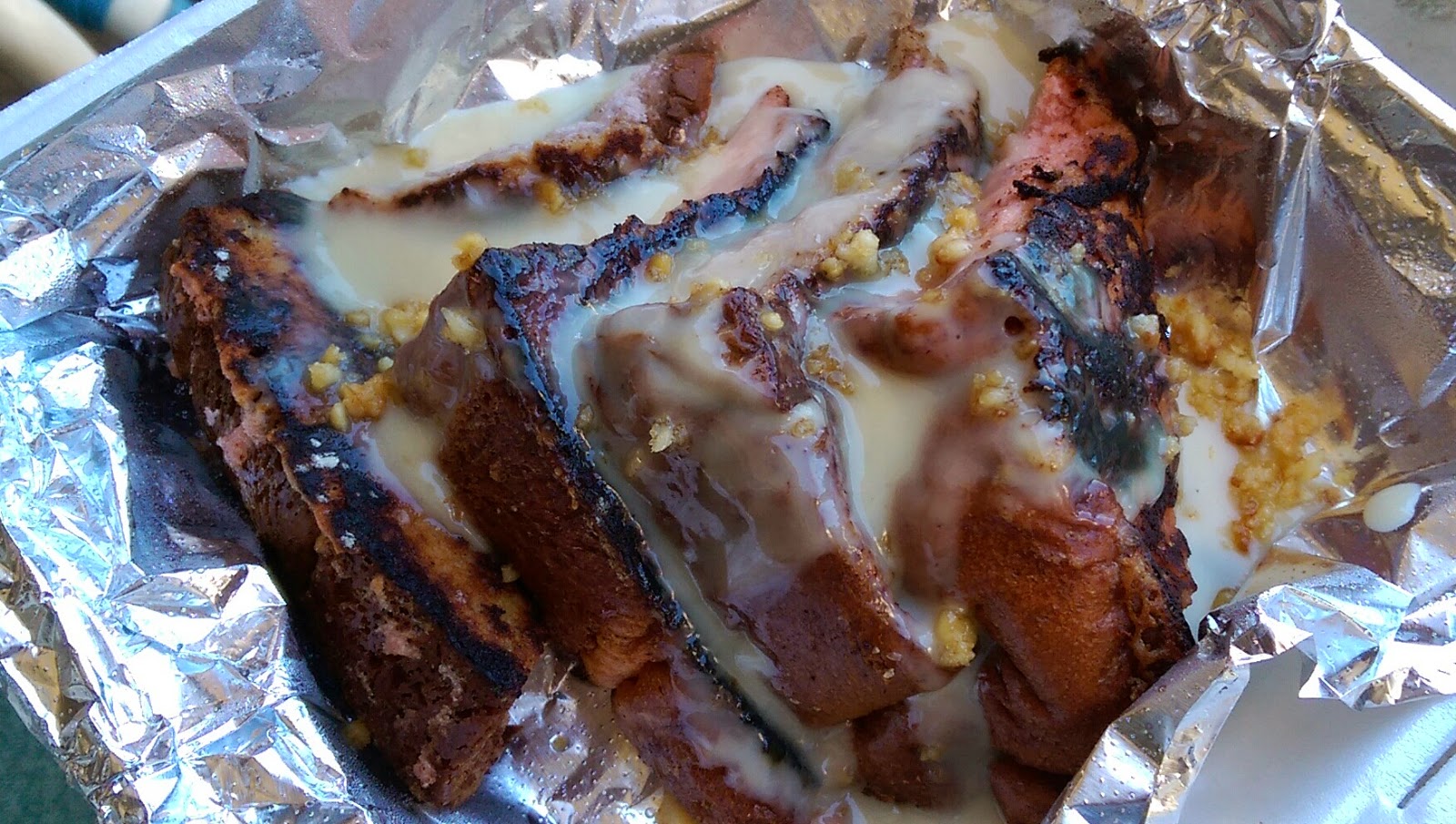 ...unless you order the rainbow French toast as well. The bread itself is sweet and chewy, before being dusted in a cinnamon-vanilla mixture set loose on the griddle. Again, get the sauce on top and skip the syrup or powdered sugar. 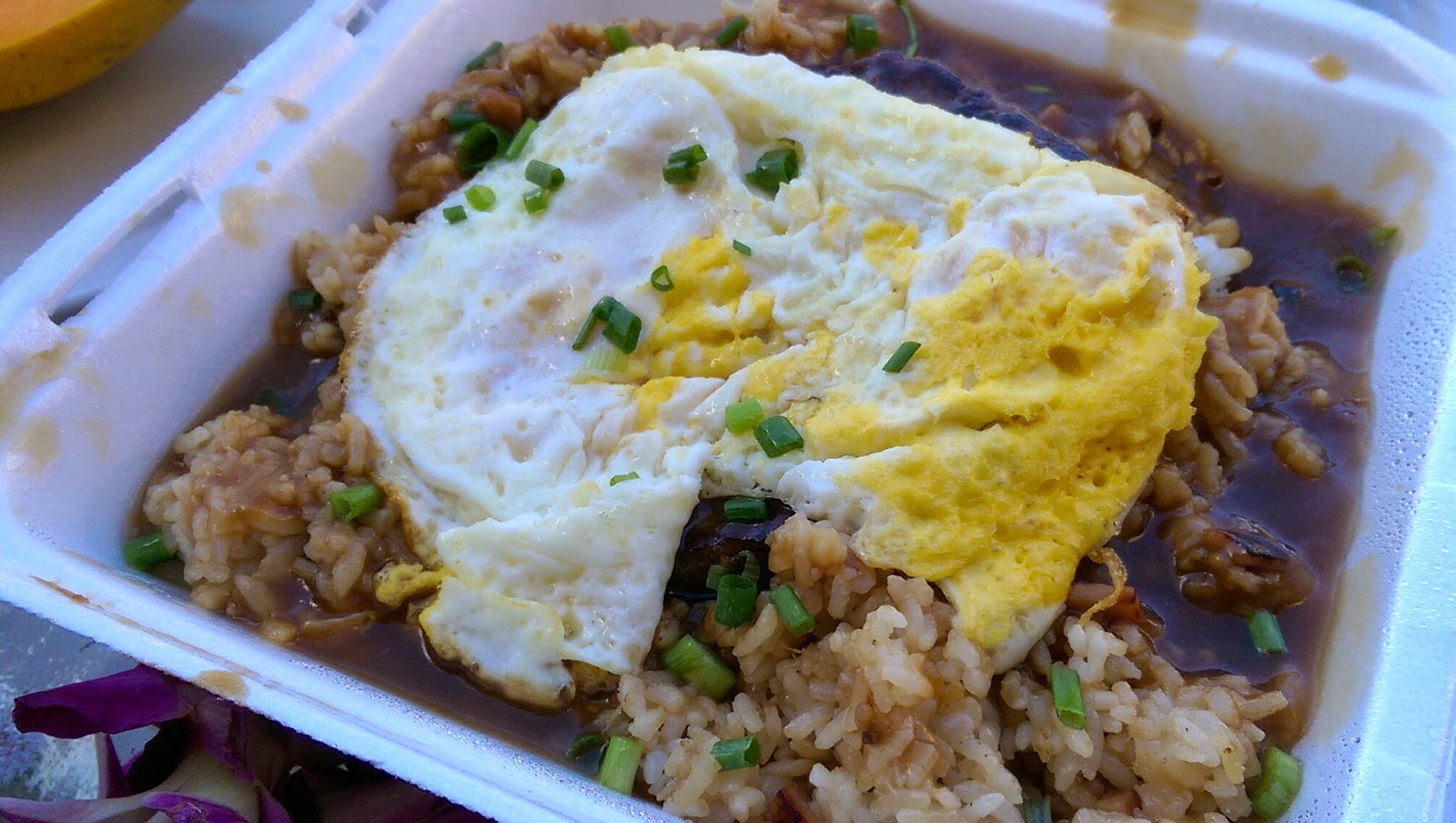 Besides the sweet, also try some of the savory dishes. We ordered the crab cakes, which came with a generous portion of crab meat, and the fried rice moco. The loco moco here is a bit sweeter than the other ones I had; the sauce is more similar to a teriyaki.

If you're in Maui on vacation, set aside a leisurely morning for breakfast at 808 Grindz. Get away from the glitz of the beach resorts and opt for the better food at an even better price. These days, local gems like these don't stay secret, so expect a modest wait. But hey, you're in Hawaii. What's the rush, brah?